The specialty of internal medicine covers a wide range of conditions affecting the internal organs of the body – the heart, the lungs, the liver and gastro-intestinal tract, the kidneys and urinary tract, the brain, spinal column, nerves, muscles and joints. Although some diseases specifically affect individual organs, the majority of common diseases – arteriosclerosis, diabetes, high blood pressure and cancer may affect many internal organs of the body. The internist must then be trained to recognise and manage a broad range of diseases and, with the aging population, many patients with chronic and multiple disorders.

The specialist in internal medicine – the internist – most commonly practices in hospitals where he may care for the patients during an acute illness or supervise their care in out patient clinics. In some European countries a significant proportion of internists have an office-based practice with links to local hospitals. Such an internist is not, however, a “family physician” who looks after a much broader range of problems including obstetrics and surgery, and including children as well as adults.

University departments responsible for teaching medical students are usually supervised by a professor of internal medicine who maintains the right balance between the different medical subspecialties that makes up the students’ training. Such departments also provide training for postgraduate qualification in internal medicine as a specialty, a process which takes five years in most European countries and which requires a qualifying exam in many.

Internal Medicine in the EU

The specialty of internal medicine is one of the specialties recognised by the permanent committee of medicine of the EU in Brussels. By definition it is an all-embracing discipline, concerning itself with all aspects of pathology and all the organ-based specialties. It is recognised in every country in the European Union, but the daily work of the internists and their training is largely determined by the local organisation of national health services in the different European countries.

Because of concerns to harmonise the training of hospital doctors in Europe, the European Union of Medical Specialties (UEMS) was formed in 1959.

Internal medicine forms one of the mono-specialty sections of UEMS which are responsible for harmonizing the curriculum of internal medicine, both in terms of the period required for training, and now includes, with increasing emphasis, the curriculum for continuing professional development (CPD) of practicing doctors.

Organisation of the Federation

E.F.I.M. is registered under the Belgian Law as International non for profit assoiciation administered by: 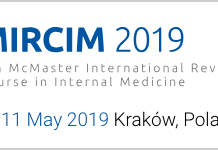